Put your wig on!

martie 16, 2020
Hello! Full lace wigs are now well known within the entertainment industry due to actors, actresses and our most admired celebrities. Due to that, they have now become the most sought out hair accessory in the world. Ordinary men and women are now using it for a variety of reasons from the use of a hair replacement system to fashion. Its use began in the theatrical industry to alter and improve the appearance of a character and bring the movie, show and cast to life. The undetectable nature of the system caught the attention of the medical industry as an alternative for patients with Alopecia or have lost their hair due to a medical condition. However the cost per unit was quite high, even for those that required the product, therefore it was only available for the privileged or the wealthy.
It wasn't until recently that manufacturers began to reduce their price to make it affordable for distributors, who would then transfer the savings to consumers. Once that occurred and ordinary consumers started to monitor the trend, the demand for full lace wigs increased exponentially. Once people acquired the product, they then had to have it applied and during that transition period, the most common way of applying such a unit was through the use of adhesives such as glue and tape.

Due to that issues with its use began to arise. Some consumers found that certain adhesives were not strong enough for a lasting hold that last anywhere from 2-6 weeks. Others complained that the use of them resulted in further virgin hair loss or mild skin irritations.
Manufactures of adhesives went back to the drawing board and during that process, companies within a similar industry took the opportunity to develop products that could appeal to different needs and skin types. Today there seems to be a wide selection of adhesives available to consumers; however each brand type has their own pros and cons.
Have you ever considered the smell of an adhesive when attempting its use? A corrosive or strong odor to an adhesive is a pro being that you can rely on its application to be secure and long lasting, a con can be that it may be considered a hazardous chemical and may cause harm to your hair and skin.
It's generally best to test the adhesive on your skin the day prior to application to ensure its safety.
An alternative application method instead of adhesives is to apply clips to the wig for easy application and removal. In addition, you can also sew your wig. Whichever application you choose, ensure its best suited for your lifestyle and overall goal in purchasing a full lace wig. 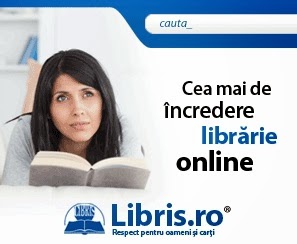